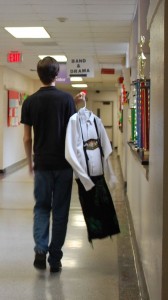 Dear speakers and friends of the German language,

I would like to invite you to help promote the study of the German language in the Houston area by serving as a “judge” at the Houstonfest German contest. Some of you have helped us before, and for others it would be the first time — it doesn’t matter, because we want and need EVERYONE who is willing to help.

What is Houstonfest? It is an annual competition for students in grades 8 through 12 who are learning German in school. They compete in 41 different categories such as skit, culture test, photography, puppet show, folk dance, contemporary music, and poetry reading. The winners qualify to attend the Texas State German Contest, where they compete against the winners of the other two regional contests, Sprachfest in the Austin/San Antonio area and Winterfest in the Dallas area. Last year, we had 728 students from 26 schools participating. You can learn more about Houstonfest at www.houstonfest.org .

To make the contest successful, we need as many German speakers as possible to evaluate the students’ performances. No special training is necessary, just some knowledge of the German language and/or the culture of the German-speaking countries. No one is ever assigned to judge a competition alone; you’re always on a team of two or three judges.

Please let me know by replying to this email (info@houstonfest.org) if you are available and willing to serve on February 6, 2016, from 7:30 a.m. to 1:00 p.m. I know that’s early in the morning, but we’ll serve you coffee and breakfast! If you have a preference for which event you would like to judge, let me know (see the full listing on the website).

Thank you for your consideration, and please do forward this email to others who might be interested.
Frohe Festtage und einen guten Rutsch ins Neue Jahr 2016 wünscht

P.S. If you’re a German teacher, you’ve already received several emails from me about Houstonfest, but I wanted you to have this email as well in case you want to forward it to potential judges or in case you want to serve as a judge even if you don’t plan to bring students.