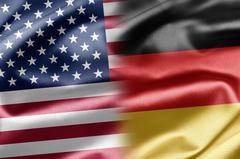 The following article was first published on April 5, 2016, on www.germany.info, the website of the German Missions in the United States.  Published by permission of the German Consulate General Houston.

The majority of Americans view Germany in a positive light and Germany is considered the top non-English speaking U.S. partner, according to a new study financed by the German Information Center and conducted by Magid Associates. Germany is also considered to be in the top five most influential countries on U.S. politics, and 62 percent of Americans believe Germany and the U.S. have a close bond. The data was presented at the German Marshall Fund on April 5, where it was followed by a panel discussion of modern-day German-American relations.

Perceptions of Germany-U.S. relations have rebounded since the NSA-Merkel phone tapping incident several years ago. Americans also perceive Germany as a major economic power and believe Germany has strengthened its leadership role in Europe. And while Americans express concern over the threats related to the refugee migration in Europe, they also perceive Germany’s response to the crisis as a better one than that of the U.S.

The study also looked at perceptions of Germany among the U.S. population and examined how these perceptions were affected by significant events such as last year’s incident with German car manufacturer Volkswagen, as well as the refugee crisis in Europe. These topics were discussed by panelists Dr. Constanze Stelzenmüller, a Robert Bosch Senior Fellow at the Brookings Institution, and Dr. Stephen F. Szabo, executive director of the Transatlantic Academy. Dr. Stefan Buchwald, director of the German Information Center, introduced the study and Andrew Hare, Director of Research and Strategy at Magid Associates, presented the data. Dr. Marcus Pindur, a Deutschlandradio correspondent, moderated the discussion.

The study was conducted by Frank N. Magid Associates from February 17-22, 2016. The online study surveyed 1,500 Americans age 18 and older. The margin of error is +/- 2.6% at the 95% confidence level. Download the PDF (at www.germany.info, right column) for full survey results.