Murder, Mayhem, and a great Meal – the curse of the Ring continues as potions lead to betrayals, deception, and murder. The Houston-Leipzig Sister City Association cordially invites you to a social gathering and talk with the inimitable Paul Hopper, dramaturg at the Houston Grand Opera on Götterdämmerung – The Twilight of Houston Grand Opera’s Ring Cycle on Thursday, March 23, 2017, at 6:30 p.m. 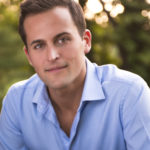 Paul Hopper’s duties at HGO are manifold.  He curates and presents lectures, panel discussions, pre-curtain talks, workshops, study days and various production specific patron education events for all productions, including HGO’s first complete Ring cycle.  In addition he advises the Artistic Director in matters of artistic planning, including research and development of new works; serves as resident opera information source for visiting directors, designers, conductors and the HGO Studio; and translates, creates and oversees supertitles for all HGO productions.

The customary food and beverage reception starts at 6:30 p.m. Registration will begin at 6:15 p.m., the presentation at 7:00 p.m. Meeting fees are $10 for members, $5 for students, and $15 for nonmembers.  Ample parking is available on the Rice University parking lot off Greenbriar Street for $1, credit cards only.  PLEASE RSVP NOW to angelika@houstonleipzig.org.

What can one say about the twilights of the Gods – if even the Gods can’t get it right, who can?  Siegfried and Brünnhilde are tricked by Gutrune, Gunther, and Hagen at the Gibichung castle. Siegfried retrieves the ring and is slain before Brünnhilde understands the deceit. In her rage, Brünnhilde takes the ring and plunges through her lover’s funeral pyre and into the Rhine to restore the ring to its rightful owners.  The flames of the pyre spread, destroying Valhalla and the gods. Brünnhilde’s sacrifice has broken the ring’s curse and a new beginning is possible.

A narrative told over the course of four operas, Richard Wagner’s Der Ring des Nibelungen (The Ring of the Nibelungs) is one of the supreme achievements in the history of human imagination. The largest single artistic project in the history of HGO began in the 2013-14 season with Das Rheingold, and continues with one opera per season through the spring of 2017. The HGO Orchestra, under the direction of Patrick Summers, HGO’s Artistic and Music Director, has evolved over the last fifteen years into a world-class ensemble able to take on the challenge of performing Wagner’s demanding score.

Patrick Summer said about Richard Wagner’s Der Ring des Nibelungen that it “is the most gigantic work of art ever created. More than just a set of four operas, it is an experience that mirrors our own relationship to the world at every level: intellectual, emotional, natural, organic, material. At whatever point you intersect with the Ring, you will find an extraordinary level of depth. Its exceptional demands are among the greatest ever created in Western art. So for HGO to deliver the Ring cycle to its public is something I’m tremendously excited about doing for the first time.”

Composed between 1848 and 1874 and based loosely on characters from Norse sagas and the medieval epic, the Nibelungenlied, the Ring operas follow the struggles of the gods and multiple generations of humans over the eponymous magic ring, which grants the power to rule the world. The cycle begins with the creation of the world, and ends with its destruction.

HGO’s production of the Ring was originally created in 2007-2008 for the Palau de les Arts Reina Sofía in Valencia, Spain by the Catalan theater company La Fura dels Baus. La Fura’s futuristic production is directed by Carlus Padrissa. It combines stunning mobile 3D computer projections with groups of acrobats. The video component of the production, which evokes the science fiction films of Stanley Kubrick and Ridley Scott, was created by filmmaker Franc Aleu. This re-imagining of Wagner’s work tells the story with clarity for a modern audience, while emphasizing its timeless themes of destructive ambition and exploitation of the natural world. This forward-looking Ring is especially appropriate for Houston, a fast-growing, dynamic twenty-first century city.